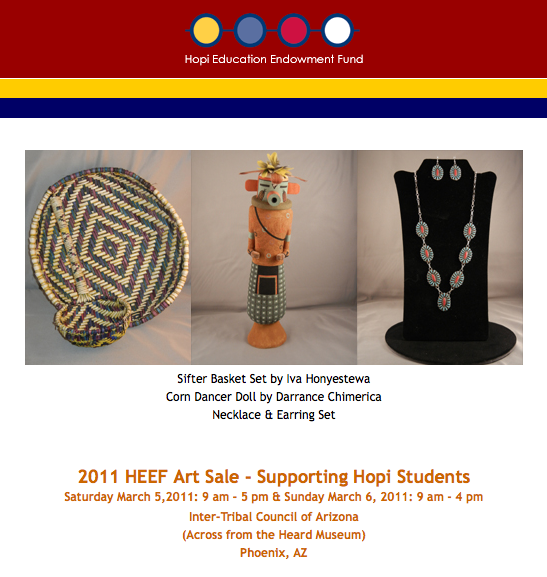 In conjunction with the sale, the HEEF is conducting a raffle with numerous items available including a “3 Corn Maidens” Pendleton blanket, jewelry, prints, resort packages and more. Tickets are available for $2 per ticket of 3 tickets for $5. To purchase contact the HEEF Office at (928) 734-2275.

The HEEF is still accepting all forms of artwork and more information on the sale can be found by visiting www.hopieducationfund.org or by contacting the HEEF at 928-734-2275. All proceeds from the event benefit deserving Hopi college students across the U.S. in addition to funding other educational programs for the Hopi people.