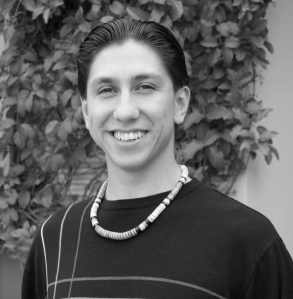 In November 2007, the History Department at the University of California, Riverside, hosted a screening of Beyond the Mesas in the banquet room of Zacateca’s Cafe. A few days prior to the showing, I was told that I group of Hopis living in the San Diego area were planning on making the 2 hour trip for the event. One of these individuals was Nikishna Polequaptewa, Director of the American Indian Resource Center at UC Irvine. Yeseterday I heard that he recently received the American Indian Science and Engineering Society (AISES) Sequoyah Fellowship, and the National Center for American Indian Development “40 under 40” award for outstanding qualities as a Native American leader. Last week, a write-up about him appeared in the Navajo-Hopi Observer. Nikishna is doing great work at UC Irvine, but at some point he will return to Hopi. His lifelong dream is to serve as Chairman of the Hopi Tribe. Nikishna must be commended for his desire to give back to the Hopi community. He has a bright future ahead of him. To read the article in the Navajo-Hopi Observer, click here.