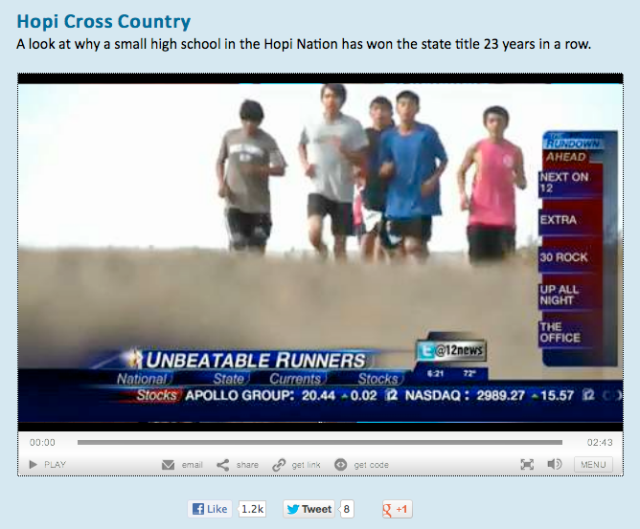 In the early 1900s, newspaper reporters and their illustrators often gave bizarre reasons why Hopis did so well in running events.

Some said that Hopis excelled in running because they had once been chased by Spanish vaqueros (cowboys), and rather than fighting the Spaniards, the Hopis chose to run away.

Hopis had supposedly done this so many times that they became great runners.

Well, needless to say, I was quite pleased to see that the reporter for 12 News focused her reporting on Hopi culture, and the long tradition of running among our people.