Several months ago Yale University Press asked me to write the new Foreword to the second edition of Don C. Talayesva’s book Sun Chief: The Autobiography of a Hopi Indian. The book was originally published in 1942. Yale will release the second edition in December of this year.

Talayesva was from the village of Old Oraibi (Orayvi) on Third Mesa. As a young man, he had been educated in western schools, including Sherman Institute, but eventually returned home to live according to Hopi ways and customs.

In the 1930s and early 1940s, he worked alongside a white anthropologist named Leo W. Simmons to write and publish his autobiography.

In the new Foreword, I situate Sun Chief within contemporary Hopi studies, and explore the ways scholars have used the book since its publication more than seventy years ago.

The Hopi Tawa image on the cover is of a mural by Hopi artist Fred Kabotie of Shungopavi. I collaborated with Kabotie’s grandson, Ed Kabotie, the Hopi Cultural Preservation Office, the National Parks Service, and the Press to help get this image on the cover.

If you are interested in obtaining a copy of the book, it is now available for pre-order through several distributors, including Amazon and Barnes & Noble. 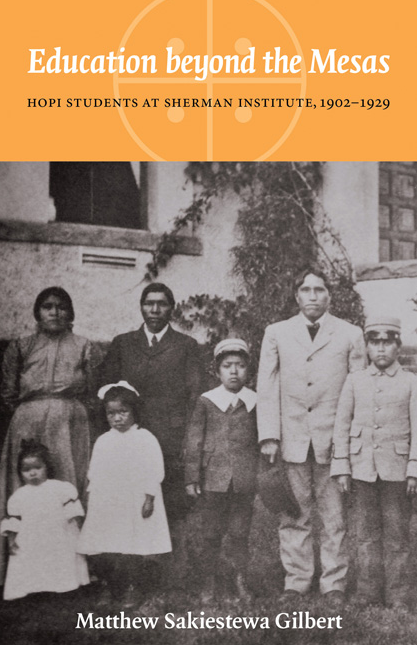 On Monday of this week the University of Nebraska Press released my book Education beyond the Mesas. My book examines the Hopi experience at Sherman Institute in Riverside, California, from 1902 to 1929. It is a story of resistance, accommodation, and ways Hopi pupils navigated within their village communities, U.S. government policies, and an institution that was designed to destroy their identities as American Indian people. Furthermore, my book is a story of agency, and it demonstrates how Hopi students used their culture to succeed at school, and examines the challenges the pupils faced when they returned to their homes on the reservation.

Thirty one years ago historian David Wallace Adams remarked that a “ study on the federal Indian boarding school system does not exist.” Today the field of Indian boarding schools has grown substantially with contributions from scholars such as Adams, K. Tsianina Lomawaima, Brenda Child, Clyde Ellis, and many others. Recent studies have focused on Indian health, literature, education policies, and the ways Indian pupils “turned the power” at schools originally designed to destroy American Indian cultures. A term used by historians Clifford E. Trafzer, Jean Keller, and Lorene Sisquoc, “turning the power” describes the ability of Native students to turn their educational experiences to their advantage, which often included bringing helpful knowledge and skills back to their indigenous communities.

In my book I examine the ways Hopis “turned the power” at Sherman Institute, and I build upon the work of several scholars including those who have written about the mandatory enrollment of Hopi students at U.S. government schools. While many books on Indian boarding schools examine the experiences of Native students who came from several communities, Education beyond the Mesas is a community specific book that seeks to understand the Hopi experience at Sherman Institute through a Hopi historical and cultural framework.  In the book’s Introduction, I argue that a community specific book on the Hopi places

the history and culture of the Hopi people at the focal point of the narrative. It asks how a student’s culture and tribal history influenced their experience at an Indian school, and builds upon the contributions of other scholars to uncover the complex ways that Hopi history and culture intersected with U.S. government policies. Apart from providing the reader with a historical narrative, this book challenges the notion that a study on the Indian boarding school experience must be understood primarily through a defined framework of Indian education policies. Community-specific books begin with the history and culture of Native people and attempt to determine how students understood their unique experiences at Indian boarding schools as Zunis, Navajos, Apaches, or other Indian people. [Education beyond the Mesas, p. xxix]

I would not have been able to complete this book without the help and support of many individuals. I am especially thankful to my wife, Kylene, and our daughters Hannah, Meaghan and Noelle, and other family members. My colleagues at the University of Illinois, in both the American Indian Studies Program and the Department of History, have provided me with tremendous support since I arrived at Illinois in Fall 2006.

I further extend appreciation to the Hopi Cultural Preservation Office, the Hopi Education Endowment Fund, and the Hopi Tribe Grants and Scholarship Program who so generously made available resources for me to pursue an education beyond the mesas. There are also many Hopi and non-Hopi scholars, students, and community members who have helped and encouraged me along the way, which includes the incredible editorial staff at the University of Nebraska Press. Finally, I wish to acknowledge my grandfather, Victor Sakiestewa, Sr. from Upper Moencopi, who gave me the inspiration and reason to write on his alma mater, “dear ole Sherman.”

Dr. Thomas E. Sheridan and Dr. T.J. Ferguson, both from the University of Arizona, will be presenting information on the Moquis and Kastilam: The Hopi History Project. This project, which has been ongoing for the past seven years, has researched un-transcribed Spanish documents about their presence among the Hopi. Several Hopi interviews will be played as well and there will be time for interaction and viewpoints. This is a collaborative effort between the Hopi Cultural Preservation Office and the University of Arizona, Arizona State Museum. The search for Spanish archival documents have been conducted at the Mexico National Archives, Archives in various Museums in Spain and in Santa Fe, New Mexico. Come hear both scholars as they give an update on the many interesting research findings. 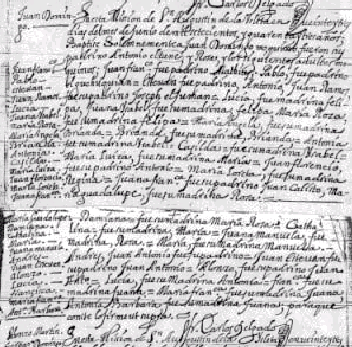