The article is part of a special edition on Indian education histories that was edited by Adrea Lawrence,  Donald R. Warren, and KuuNUx TeeRit Kroupa. In addition to the editors, various scholars contributed to this collection, including K. Tsianina Lomawaima, David Wallace Adams, Milton Gaither, Yesenia Lucia Cervera, and Bryan McKinley Jones Brayboy (click here for the Table of Contents).

In my essay I note that historians have primarily interpreted the American Indian boarding school experience through a frame of Indian education policies and discussions of assimilation and acculturation. But I argue that there is perhaps a more nuanced way of understanding the education history of Indigenous people.

By using my grandfather Lloyd (Quache) Gilbert as an example, who attended the Phoenix Indian School in the 1940s and early 1950s, I instead highlight the value and importance of utilizing Native ways of understanding to interpret Hopi and other American Indian education histories.

I also discuss and critique the U.S. government’s name changing policy, and explain how school officials required my grandfather (and his siblings) to change his surname from “Quache” (“friend” in the Hopi language) to the English surname “Gilbert.”

The complete essay can be downloaded by clicking the image below. 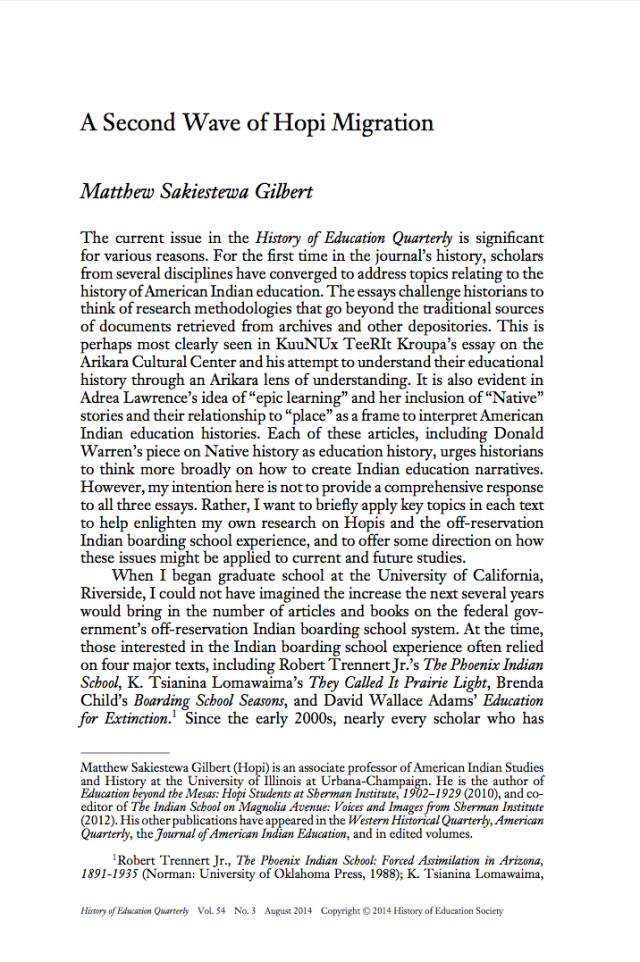